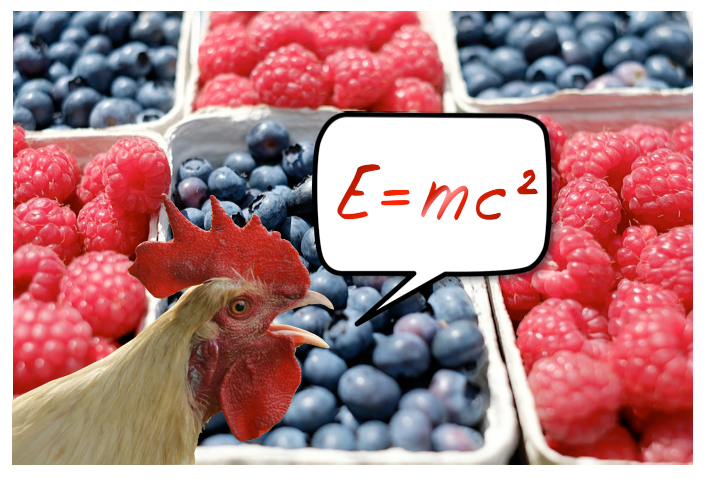 If so, consider adding a handful of blueberries or a tablespoon of cocoa powder into your next one.

According to scientific studies performed on humans, these ingredients can help boost your brainpower.

For instance, in a study conducted by Professor Jeremy Spencer, young adults aged between 18 – 30 were split into two groups:

After drinking the beverages each group had to perform cognitive tasks (attention tests) 1 hour and 5 hours later.

What did the researchers find?

The participants who consumed the blueberry smoothie (containing 200 grams of blueberries) had sustained their attention 5 hours later whereas the placebo group’s attention had declined by about 15%–20%.

Why do blueberries enhance our cognition?

It’s all about the flavonoids that they contain. Flavonoids are a group of antioxidant phytonutrients that you’ll find in a range of fruits and vegetables.

When consumed they activate an enzyme which increases the flow of blood and oxygen to the brain.

“…flavonoids and their metabolites cross the blood-brain barrier and have been localized in the brain, particularly in areas crucial for learning and memory such as hippocampus, cerebral cortex, cerebellum, and striatum…

In memory-related areas such as the hippocampus, flavonoids promote the expression of brain-derived neurotrophic factor (BDNF), that is crucial to adult neurogenesis, synaptic growth, and neuronal survival.”

In short, flavonoid-rich foods can help enhance our ability to pay attention and memorise information (cognitive functions that are critical for learning).

You may be sold on the research but not by the price of blueberries. In Australia fresh blueberries can cost anywhere between $4-$7 a punnet (125 grams) depending on whether they are in or out of season.

If you’re a student living on a tight budget, you have to ask yourself, “Can I justify spending nearly $30-$50 a week on blueberries?”

But that doesn’t mean you have to go without. Below are some other (more frugal/thrifty) options that will deliver the same or similar results as fresh blueberries.

If you can afford it, buy frozen blueberries that are grown locally and organically in your area.

You may remember a few years ago one brand (Nanna’s) of imported frozen berries was found to contain Hepatitis A. Thousands of packets of Nanna’s berries had to be recalled from supermarket freezers (you can read more about this event here). Just this year, another big brand (Creative Gourmet) recalled a batch of its frozen mixed berries due to being linked with three cases of Hepatitis A.

Would you like a spoonful of Hepatitis in your smoothie? I didn’t think so. Take no chances. Keep your blueberries local.

2. Grow your own berries

With fresh blueberries costing a bomb and some types of frozen blueberries being riddled with disease, why not try growing some of your own blueberries?

This is what I do to save money and avoid plastic waste. In my garden, I have several blueberry bushes, which produce handfuls of berries. I add blueberries to my morning smoothie. I have blueberries with yoghurt for dessert. When I’m feeling lazy, I just eat them straight off the bushes!

The good news is growing blueberries is actually pretty easy. It may cost a little bit of money to purchase the blueberry bush in the first place ($25-$30) but remember, that bush will eventually give you dozens of punnets of blueberries. Like solar panels, your blueberry plants will pay for themselves over time off. You just need to be patient and look after them.

Blueberries aren’t the only food containing flavonoids. Other foods that are just as good and can produce similar effects include any kind of berry (e.g. strawberries and raspberries), grapes and cocoa.

One study involving healthy young adults found that the consumption of flavanol-rich chocolate counteracted the cognitive impairments from a night of total sleep deprivation.

In other words, when you’re completely exhausted and need to perform a challenging mental task, consume some cocoa. It will help you think better.

What’s the best way to consume cocoa? Will a block of milk chocolate do the job? Think again.

In this video, Dr Michael Gregar assesses various food products containing cocoa. It’s probably no surprise that cocoa powder is best. As a general rule, the less processed the better.

Without a doubt, your brain is your biggest asset. So why not invest in it with some berries? If you can’t afford to buy them fresh, consider buying them frozen or growing your own. It may take a couple of years for your blueberry bushes to start producing but be patient. It’s well worth it.