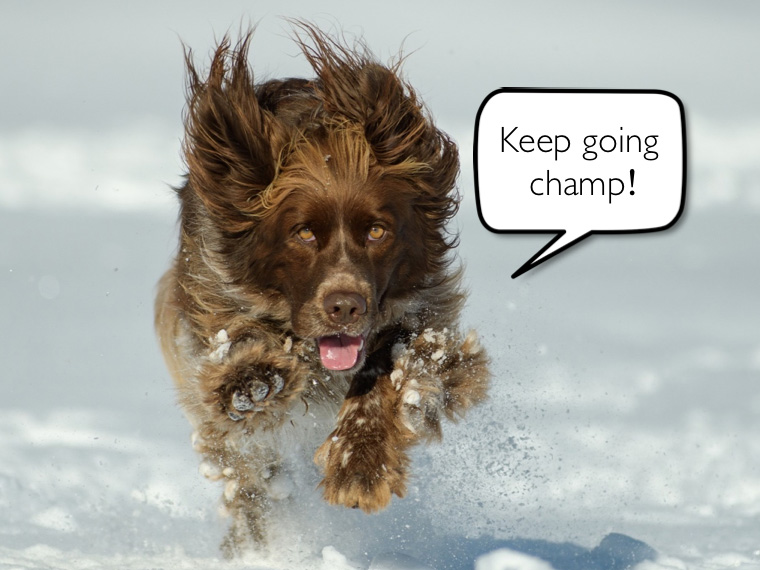 Have you ever tried to change your behaviour, only to give up after a few days?

Whether it be learning a new language or an instrument, most people give up far too easily.

Why do we give up?

Because we get easily frustrated.

Because we feel like we’re not seeing results quickly enough.

But here’s the thing …

In fact, it’s usually a really messy process. It makes us feel super uncomfortable. Nothing is neat or linear about it.

But the good news is change is possible, especially if you have an understanding of the Tim Tam Philosophy.

In the book Turbocharge Your Writing Hugh Kearns and Maria Gardiner use the Tim Tam Philosophy to explain what happens to people when they lose momentum and stop engaging in a particular behaviour (e.g. exercising, eating well or learning a new language). They state:

“… let’s say you decide that you are going to eat healthily now and cut out junk food. And you are going along just fine, then at afternoon tea they have an open packet of Tim Tams [biscuits] on the table … And you think “Oh well, I’ve been going so well, I’ll just have that broken half sitting on the plate”. But of course once you’ve had that, you have another one.

Then before you know it you’ve had six … and you think “It’s all ruined now. There’s no point in trying to eat well now.” And you eat the rest of the packet. When in reality, even if you had eaten the whole packet you could have said “Well that was a bit of a blip – it’s back to normal now. No more Tim Tams for me.”

The authors go onto to state that it’s no big deal if you stuff up and stop engaging in the behaviour. The key thing is to just get back on the bandwagon. Start small. And then do a little more the next day and the day after.

At the beginning of this year, I set a goal to cultivate better focus and minimise digital distractions in my life.

To kick-start the change process, I took a digital detox.

For several days, I disconnected from my devices.

After my detox, I setup systems on my laptop using an app called Freedom. This app restricted my time on certain sites (e.g. Facebook and YouTube) and when I could use the Internet.

As a result of taking these steps, I stopped multitasking. I felt more focused and productive.

But then one day I had my Tim Tam moment …

I rely on my laptop for my work so I had to make the switch to using another laptop relatively quickly. My new laptop didn’t have the Internet restrictions that my old laptop had.

So guess what happened next?

I started using social media again. And there was nothing restrained about my usage. I was bingeing on Facebook like an addict, compulsively checking, mindlessly liking and posting silly things.

My focus was hijacked

It felt like I was back at square one.

After a couple of weeks of my brain marinating in digital distractions, I decided it was time to embrace the Tim Tam Philosophy.

Getting Back on the Bandwagon (One Step at a Time)

I knew I had to start taking small steps to regain my focus and minimise distractions.

So let me tell you what I did …

I should point out that none of this happened overnight.

It took about a couple of weeks to re-establish my habits around healthy technology use. But after taking these small actions, I started to feel like I was getting back on track. I was slowly regaining my focus.

And now (one month later) I feel more focused than ever before.

This is the power of the Tim Tam Philosophy.

If you have fallen off the bandwagon, don’t give yourself a hard time about it.

Ask yourself one simple question:

What is one small thing I can do to get back on track?

With every small step you take, your confidence will grow. And this will give you momentum to keep going.

And if you do stuff up, just remember it’s no big deal. It’s just a bit of a blip. Tomorrow is a new day and a new opportunity to get back to doing what you need to do.