Adult colouring books were all the rage a few years ago.

For many people, colouring in is a great way to reduce stress and calm the frenzied mind.

But as much as I love coloured pens, pencils and crayons, I’m not keen on colouring in. Instead of decreasing my stress levels, it has the opposite effect. It makes me feel uptight and on edge.

Because I associate colouring in with the serious business of winning at all costs.

When I was a child, I entered a lot of colouring competitions.

I wanted to be like my big brother. So I picked up my pens and started colouring in.

From the age of five to eight, I spent countless hours colouring in. I learnt from a young age if I could focus my mind and stay within the lines, I could win a lot of free stuff, just as my brother did.

One Sunday morning when I was five years old, I coloured in a picture of Fat Cat for a Telethon colouring competition.

I channelled 100% of my brainpower into selecting the right coloured textas and carefully trying to stay inside the lines. I was intensely focused and determined to do my best to impress the judges.

I finished colouring in Fat Cat but I did not feel calm. I felt exhausted.

I received a letter in the mail. It stated I had won first place in the competition. 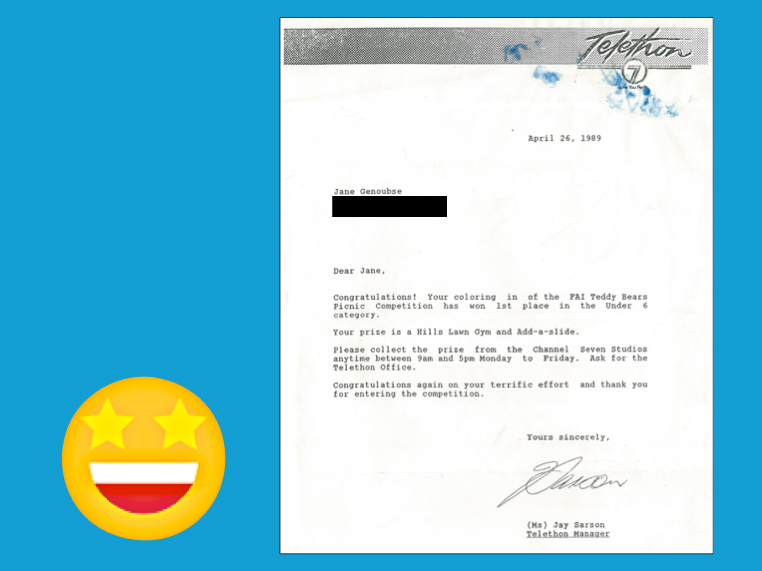 A full kid’s swing set complete with monkey bars and a slide.

It was like I had won the jackpot. I had pulled the lever on the poker machine and landed on three cherries. My brain was flooded with feel good chemicals.

I became hooked on entering kid’s competitions and the prizes started rolling in . . .

From the outside, it seemed like a bit of harmless fun: textas, colour and free stuff.

But I wish my parents had put their foot down and said “Enough!”. I wish they had boycotted my participation in those colouring in contests.

With this mindset, I never felt 100% satisfied. I was always chasing the next prize, the next big win . . .

But how can a 5-year-old child top a swing set complete with a slide and monkey bars?

I was on the hedonic treadmill.

I quickly adapted to my prizes and wanted more and more.

If I had known about a simple concept called the Gap and the Gain, I would have been a much happier kid.

Get out of the GAP and into the GAIN

I recently finished reading a fantastic book called The Gap and the Gain: The High Achievers’ Guide to Happiness, Confidence and Success by Dan Sullivan and Dr Benjamin Hardy.

The book focuses on two particular mindsets you can adopt:

The authors define the GAP as “a toxic mindset that stops people from being happy and appreciating their lives.”.

When you’re in the GAP, you’re basically in the comparison trap. You’re comparing yourself to something or someone else or measuring yourself against some ideal.

In contrast, when you’re in the GAIN you’re focused on your own personal growth. You compare less and compete less and don’t care about what other people think of you. As Dr Hardy says, “you decide what success means to you, and you choose the life you’ll live.”

The concept of the Gap and the Gain was developed by Dan Sullivan who has coached entrepreneurs for many years in his Strategic Coach program.

Sullivan had noticed that despite these entrepreneurs having achieved huge financial and material success, a lot of them did not feel successful. In fact, many felt like failures. They were miserable because they were caught in the GAP.

“Most high performers or “successful” people never took the class on happiness. And there’s a thick narrative out there that in order to be the best performer you can be, “happiness” and “balance” cannot be part of the equation.”

The authors argue this narrative is flawed and they explore ways you can get out of the GAP and in the GAIN (i.e., shift from gap thinking to gain thinking). 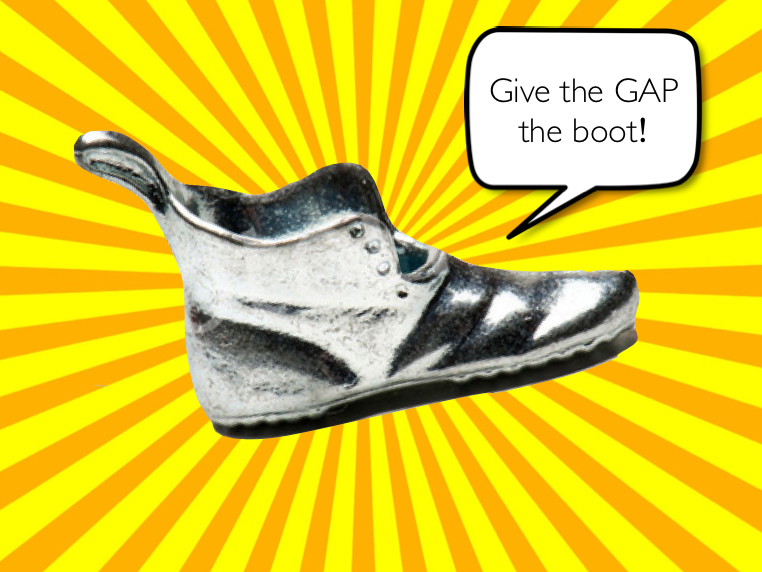 The authors argue if you can make this shift you will feel lighter, more energised and more confident rather than feeling anxious, stressed and unhappy (signs of being stuck in the GAP mindset).

GAP thinking is pervasive in our culture

All of us fall into the GAP, multiple times a day.

How can you not?

We live in a super competitive culture. The education system, especially ATAR, is a perfect example of this. You’re being ranked against other students.

Of course you don’t like it! Trust that disturbing feeling you have. It’s telling you something is not quite right.

Competing against your friends really sucks. It’s can be downright damaging to your relationships, not to mention the toxic stress it adds to your life.

Here’s a radical idea worth sharing . . .

Rather than competing against one another, let’s support each other to do our best.

When we support each other and look out for each other, everyone wins. Everyone gets a bit closer to where they want to go.

Now, if you’re reading this and find yourself currently in the GAP, that’s okay. It’s totally normal.

But I’m going to share with you some simple ways to get out of the GAP and into the GAIN. Because when you’re in the GAIN, you feel happier and more motivated to pursue what really matters to you.

How to escape GAP thinking

There are several ways you can get out of the GAP and into the GAIN. Here are three strategies I have been practising from the book The Gap and the Gain:

1. Measure back: Keep track of your gains 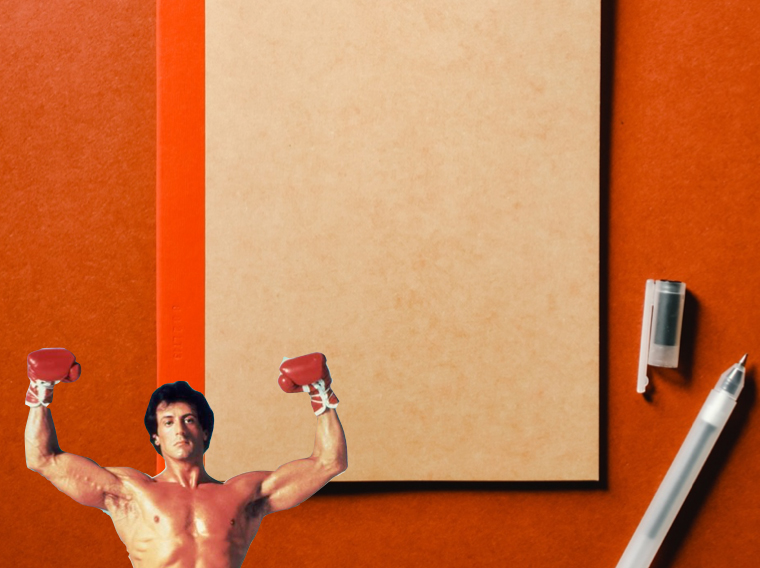 This involves looking at where you are now and comparing it to where you were before.

Why bother doing this?

Because we can easily forget what our lives used to be like. We adapt to our new normal. Dr Hardy states:

“You can forget what you previously struggled with and overcame. You can take for granted how far you’ve come, ignore your progress, and miss out on the confidence of remembering where you were.”

“This is why it’s incredibly powerful and important to keep journals, records, or “annual reviews.” . . . you can look back and be reminded of the easily forgotten past.”

One simple practice the authors recommend is taking note of three gains at the end of the day. These gains can be external accomplishments (e.g. prizes and good grades) but also new experiences, personal growth, life lessons, new skills and relationships built.

I’ve been writing down my gains before I go to bed each night. This practice is incredibly simple but powerful!

2. Reduce the noise in your life: Get off social media 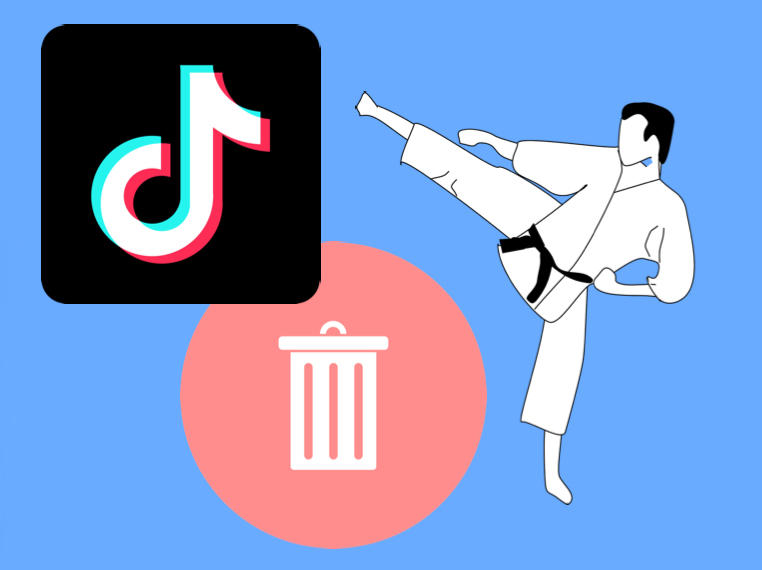 Dr Hardy states social media is designed to put you in the GAP. It can distract you from your goals and strip you of the freedom to navigate life on your own terms.

If you can get off social media or reduce the time spent on it, this will help you get a clearer sense of who you are, who you want to be and where you want to go.

In the book Stand Out of Our Light: Freedom and Resistance in the Attention Economy, philosopher Dr James Williams says:

“There’s a big misalignment between the goals we have for ourselves and the goals social media companies have.”

As an ex-Google product strategist, Williams used to sit in product design meetings. So he knows the goals of big tech companies. He says they include things like:

I would be really surprised if you told me your goal was to spend a huge chunk of time scrolling through social media each day. But this is what a lot of people do.

This is why over a year ago, I made the decision to delete all my social media accounts.

Clicking delete was one of the the best things I ever did. I have a lot more clarity about who I am, what I stand for and what’s important to me. It also helped me to get out of gap style thinking.

3. Practise Tiny Habits to get in the GAIN 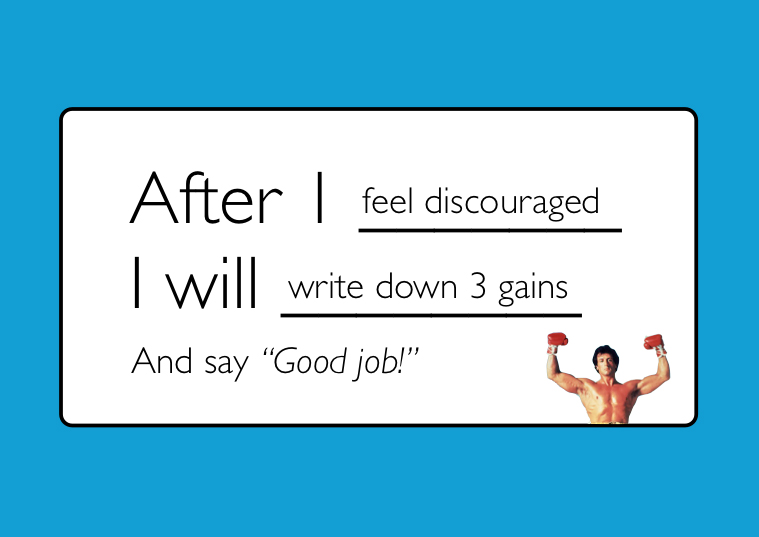 In the book, Dr Hardy discusses Professor BJ Fogg’s work on Tiny Habits. He shares several Tiny Habit recipes to help us get out of the GAP. Here are a few examples from the book:

After I compare myself with another person, I will say to myself, “Are you in the GAP or the GAIN?”

After I feel discouraged, I will list 3 specific GAINS from the last 30 days.

After someone tells me about a setback, I will say, “What did you GAIN from this experience?”

We are all on different paths in life. We all have a different set of circumstances and access to certain resources. It’s time to focus our minds on doing the best we can.

Start to notice when you fall into the GAP, when you’re distracted by the goals of social media and what other people are doing. Take it from me, getting out of the GAP and thinking in terms of your gains is a much more rewarding and satisfying way to live.