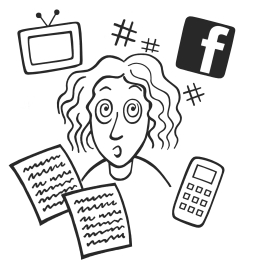 It should come as no surprise that ‘Facebook’ is the number 1 search term on the Internet.

Most of the time Facebook seems pretty harmless but have you ever stopped to consider the negative effects Facebook may have on your health, productivity and personal identity?

Below I’ve listed a few things we should all be aware of when it comes to our Facebook use. 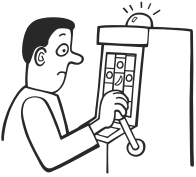 You may not see yourself as someone who is addicted to the pokies, but Facebook has the same addictive qualities as a poker machine.

Facebook is addictive because it’s both unpredictable and rewarding.

You see, many years ago Behavioural psychologist B.F. Skinner conducted experiments where he gave rats rewards. In one experiment, the rats had to press a lever five times and then they would receive a pellet.

What did Mr Skinner find?

The rats worked much harder and became more motivated when the rewards were unpredictable.

Now the same thing applies with Facebook. A lot of the time our friends’ status updates can be boring. For example, today’s status updates included “Parking is crazy!”, “It’s too hot. I’m melting” and “Saw a man trimming his eyebrows at the lights today. That’s just wrong”

But every now and then when I go on Facebook I see a picture of a friend’s cute little baby or a hilarious video like this. And I get this Facebook hit. For a moment, I feel pretty excited.

Here’s the thing though: You never know when something funny or interesting is going to appear on Facebook. This is why it’s addictive like a poker machine and you keep going back to check what’s happening (especially when your work gets a bit boring).

A recent study found that students that have Facebook running (even just in the background) when they work get grades that are 20% lower than other students. The reason for this is that students who study this way typically multitask (i.e. they switch from one task quickly to another).

The bad news is multitasking impedes your ability to learn information at a deep level. Studies have even found that you experience a drop in IQ of about 10 points when you multitask.

And if you don’t use Facebook and think you’re in the clear, then think again. We also know that students who browse the Internet while in class remember less of what was taught in class than those who have their laptops closed. 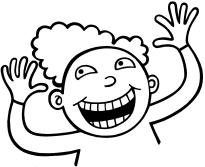 A recent episode of the ABC science show Catalyst explored how narcissism rates have significantly increased since the introduction of social networking sites such as Facebook (check it out here).

Narcissism is a psychological disorder that is defined as a pervasive pattern of grandiosity, need for admiration, and lack of empathy. Narcissists commonly have inflated egos and come across as arrogant.

All that being said, some people have argued that Facebook and other social media sites are platforms that encourage us to share personal details with large numbers of people. In fact, Associate Professor Bruce McKinney states –

Am I the only person who feels uneasy/disturbed about this new social norm?

I hope not, as studies have found narcissism is toxic to human relationships as narcissistic individuals tend to be more selfish than others.

Have you ever seen a Facebook status that went along the lines of “I have the best life! Loving every little bit of it!”?

Chances are you’re more likely to see a status like that than “I’m feeling quite down. I need help” or “Life is tough right now. Not feeling the best”.

Thanks to the plethora of chirpy Facebook status updates and photos of people looking like they’re having a blast, many of us develop a distorted perception of reality. 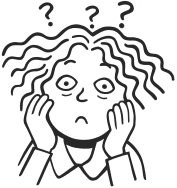 “Everyone is happy. What is wrong with me?” you may think as you compare yourself to your friend who has posted a picture of themselves lazing by the poolside in Bali.

The reality is there’s nothing wrong with you but in an online environment people have the ability to create whatever identity they want. Your Facebook friends have complete control over the image they choose to project to the world.

In the journal article “Misery Has More Company Than You Think, Especially on Facebook” Stanford university researchers state-

So what’s the problem if you make an error in perceiving someone’s emotional life? Well, it could cost you. This research found that people who thought their Facebook friends were more positive than they actually were were more likely to be lonely, ruminate and have reduced life satisfaction.

So will these studies stop me from using Facebook? Probably not, but I’m certainly going to be more conscious of the amount of time I spend on there and the way in which I use it (no multitasking). In future I’ll also be taking my friends status updates with a grain of salt and making sure I don’t fall into the trap of comparing my life to others. And I won’t be posting an image of my dinner any time soon.

3 thoughts on “Is Facebook damaging your brain and health?”