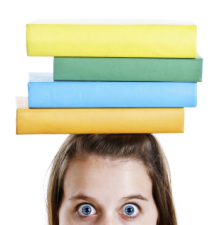 It’s firmly established that a large number of bodily movements, including posture, can influence one’s personal attitudes, motivation levels and ability to think. Studies have found that sitting slumped in a chair can make one feel less proud of their performance (Stepper & Strack, 1993) and can lead to people giving up more quickly on demanding cognitive tasks (Risking & Gotay, 1982).

More recently a study by Pablo Brinol and his colleagues looked at how an individual’s body posture influenced how confidently he or she held their own thoughts. In this study participants were told to hold a certain posture whilst writing down their best and worst qualities.

Here’s the thing: one group had to sit up straight and push out their chest (confident posture), whilst the other had to sit slouched with a curved back (doubtful posture).

What did they find?

When participants sat up straight with their chests pushed out they tended to hold their thoughts with more confidence.

Why was this the case?

It’s believed that certain postures can trigger particular states such as feeling confident or doubtful. Brinol and his colleagues state –

“the confidence (or doubt) that emerges from postures can magnify (or attenuate) the effect of anything that is currently available in people’s minds.”

So if in doubt, pull your shoulders back and sit up straight! Easier said than done, right?

For many of us, it takes a lot of work and energy to stand tall or sit up straight. Perhaps you may even feel a little strange in such a posture. There are however simple things you can do to help you improve your posture.

Take newsreaders for instance. Have you ever seen a newsreader who was slouched as they read the news? I doubt it. Newsreaders are exemplars of perfect posture!

On the television show “Making Australia Happy” (a show that took eight unhappy Australians and gave them techniques and tools to become happier), Physiotherapist Anna-Louise Bouvier made the show’s participants practice adopting “postures of confidence”. How she did this was really simple – she took them into the ABC studio newsroom and made them read the news like a newsreader. Slouched shoulders would not cut it.

So next time your watching the news, try copying the posture of the newsreader.

It’s really not all that hard to adopt a posture of confidence. As Chiropractor Dr Natalie Cordova explains in her Youtube video “How to get good posture” the key part of having good posture is to keep your shoulders pulled back and down (the first minute of her video explains this well).

Don’t think you have a problem with your posture?

Get someone to take a photo of you next time you’re sitting in front of the computer. This may be your wake up call as it was for me. It wasn’t until I saw photos of myself slouched at a party that I realised that my mum had been right all these years – I was a hunchback waiting to happen! It was worrying for a number of reasons – firstly it was a terrible look but secondly, (and more importantly) I thought –

“What impact is my bad posture having on my confidence and general mental health?”

I decided it was time to make a change.

Looking like you lack confidence due to having bad posture is one thing. But knowing that there is a bigger and deeper impact (i.e. your actual confidence levels and motivation may be suffering) is another thing altogether.

So next time you’re feeling in a flat mood or you’re doubting your ability to do something, stop for a moment and take note of your posture – are you slouched? Slumped forward? Stand proud. Life is too short for you not to feel your best.