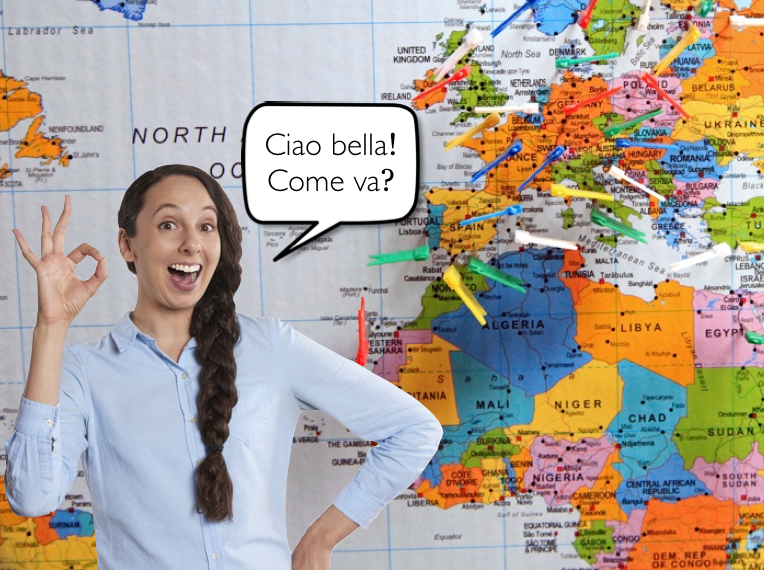 You’ve probably heard the saying, “Use it or lose it”.

I’ve experienced this in my own life.

I went from being fluent in Italian to barely being able to string a simple sentence together because I didn’t speak the language for over 10 years.

When I was in high school, I loved learning Italian. Because I loved this subject, I worked hard at it. But it didn’t feel like work. It was more like play.

In my spare time, I watched as many Italian films as I could from the video store (there was no Netflix or YouTube back then). My favourite film was the classic Cinema Paradiso. 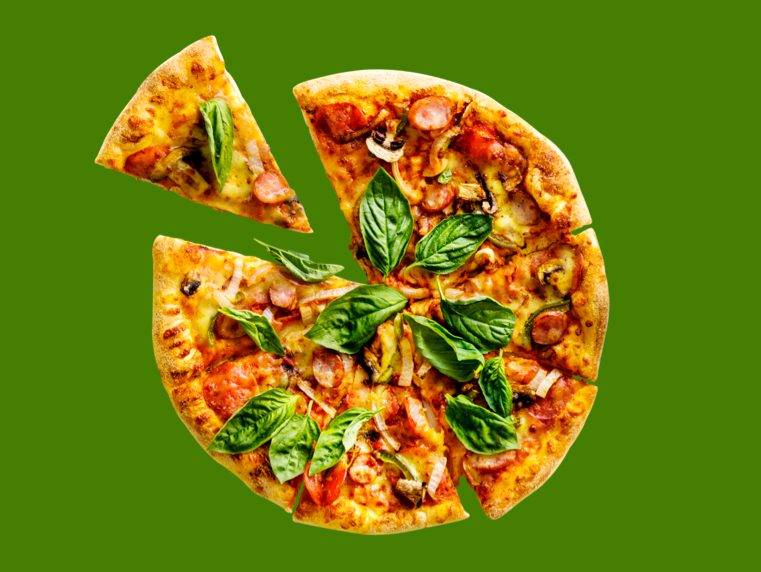 On Friday nights I’d order a pizza from the local pizza shop and I’d play Italian card games with my friends. Then at the end of year 11, something incredible happened . . .

I was selected to go on a student exchange to Italy. I lived in a small village in the south of Italy called Spinazzola for two months.

This village was unlike anything I’d ever experienced. The people were fully alive and passionate about life.

At first, I thought everyone was arguing all the time. But that’s how the people of Spinazzola communicated. They threw their hands in the air, spoke loudly, and were wildly expressive. They lived intensely.

This little village had some pretty quirky traditions. One tradition was the evening passeggiata. 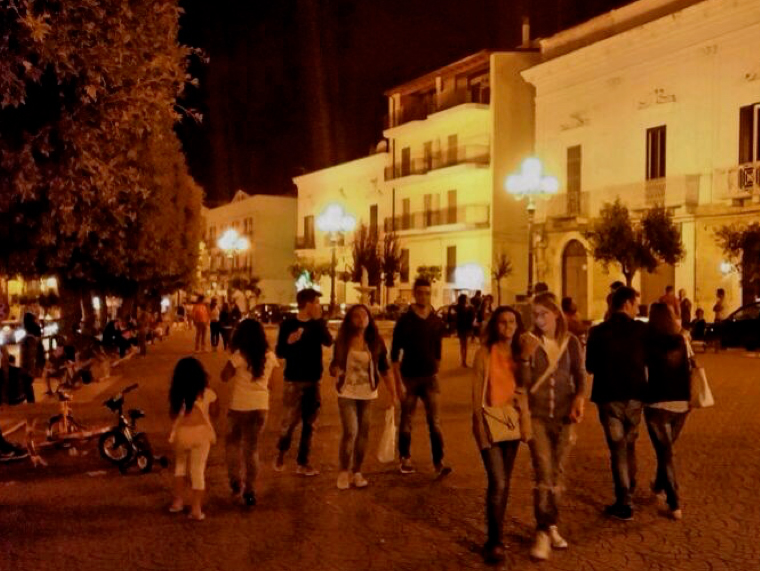 Passeggiata means ‘a walk’ or ‘stroll’ in Italian. This tradition involved getting dressed up in the evening and going out onto the main street. The whole village would come out (young and old). My friends and I would link arms and we’d walk up and down the main street.

At the time, I remember thinking “Why are we walking up and down the same street? What’s the point of this?”

So, what was the point?

All that walking and talking paid off. I made new friends, got some exercise, and improved my Italian. 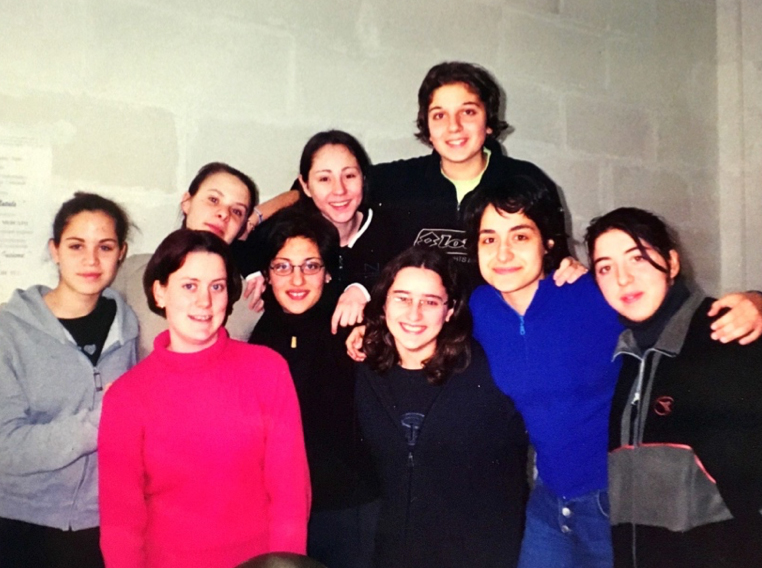 By the time I graduated from high school, I could confidently read, speak, and write in Italian.

But my life got busy. And I stopped speaking Italian.

At the time, I wasn’t too fussed about this. People said to me:

“Don’t worry Jane, it’s all still in there. If you go back to Italy, it will all come rushing back. You’ll be able to speak the language again!”

Now in psychology class at university, I learnt there are limits to the human memory. If you don’t retrieve a bit of information from your brain for a period of time, that information will eventually drop out of your long-term memory.

But for some reason, I foolishly believed my Italian was still stored away in my brain.

Well, that idea was busted a couple of years ago.

One morning, I woke up and I felt this desire to start speaking Italian again. But I didn’t have the time or money to travel to Italy (plus I couldn’t justify the emissions).

So, how could I practice speaking Italian without leaving the country?

I organised an Italian Speaking Dinner Club in my local community. I called it the Ci Troviamo Dinner Club. 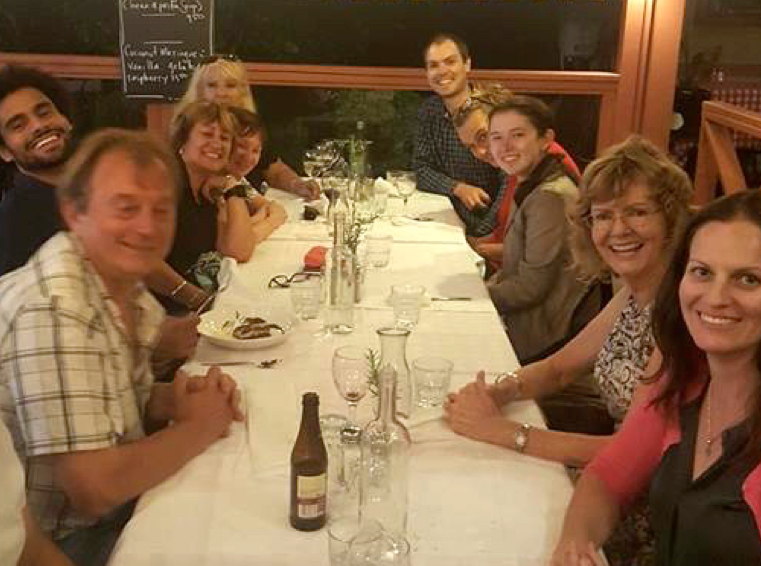 I booked a table at an Italian restaurant. I then invited two native Italian speakers to come along to the dinner (I offered to pay for their meals). I also invited people from my local community who wanted to practice speaking Italian (“All levels welcome!”).

I spent a lot of time promoting the club but very little time practising my Italian leading up to the first dinner. I was thinking, “No worries. It’s all still in there!”

Here’s what I thought would happen . . .

I’d arrive at the Italian restaurant.
My Italian would suddenly kick in.
I’d be conversing fluently in Italian.

But here’s what actually happened . . .

I arrived at the dinner.
The native Italian speakers started talking to me (and they were talking really fast!).
I asked them to slow down but I realised I still had no idea what they were saying.
I struggled my way through the dinner trying to keep up with the conversation.

When I got home I had the painful realisation that my Italian wasn’t ‘still in there’. My Italian had said “Arrivederci!” (Goodbye!) many years ago. A huge chunk of vocabulary and phrases had dropped out of my long-term memory.

But then I did something that made things even worse . . .

I started beating myself up.

My mind was filled with thought such as “Why did you let your language skills go?” and “All those years of training down the drain!”.

I felt disheartened. In fact, I felt so bad I couldn’t bring myself to practice my Italian. 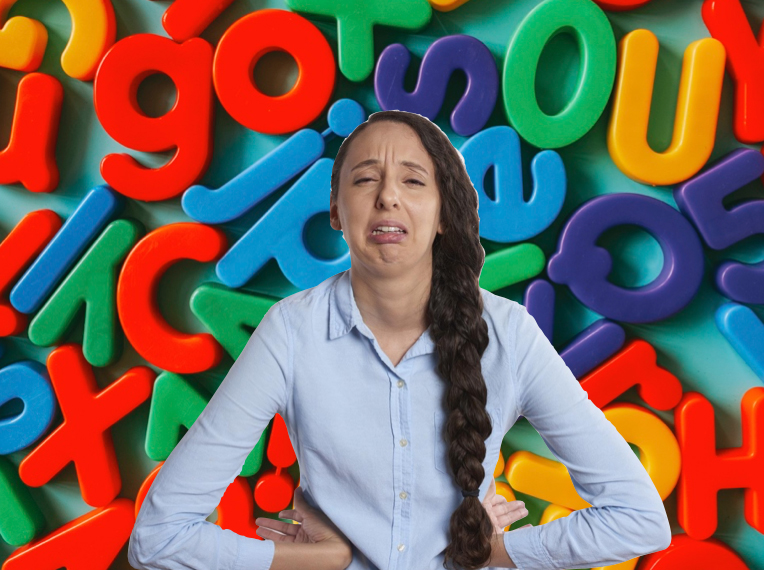 But I still continued to organise and attend the dinner club (it was really popular).

The problem was I was stuck in a negative thought pattern. Every time I went to open my mouth to say something in Italian, it was a painful reminder of how I’d let my language skills go.

But now, with a little distance and perspective, I can see where I went wrong.

Learning a language isn’t one and done

Speaking a language is a skill but it’s not like riding a bike. You don’t just learn a language, put it away for 10 years, and then magically pick it up again.

Memory champion and researcher Dr Borid Konrad says in his course SuperBrain! that it’s a common misconception that once information goes into your long-term memory, it stays there forever. He says we are forgetting stuff all the time.

Like anything in life, languages need to be practiced, otherwise you’ll forget them. After 14 years of not speaking Italian, it was hardly surprising the only things I could remember were the absolute basics that have been drilled into me since primary school (e.g., numbers, simple phrases, and greetings).

If you want anything to stay in your long-term memory, you need to bring that information to mind. Using effective learning strategies, such as active recall and spaced practice, is the best way to do this.

If I could travel back in time and do things differently, every year I would have scheduled in 2 to 3 catch ups with native speakers, watched a few Italian films, and called my Italian host family to say hi.

This probably would have required less than 10 hours to do per year but it would have kept the Italian language alive.

Bringing my Italian back to life

Now it’s back to learning the basics. And let me tell you, starting from scratch is time consuming!

But I’ve made peace with my rusty language skills. I know if I’m patient, set aside the time to practice each day (even just 5 minutes), and lower my expectations, I’ll be speaking Italian confidently again.

But I’m under no illusion that my Italian will come rushing back into my brain just like that!

Instead of beating myself up, I am now putting my time and energy into exploring effective ways to learn languages.

Here are three things I’ve been looking into and experimenting with to resurrect my Italian: 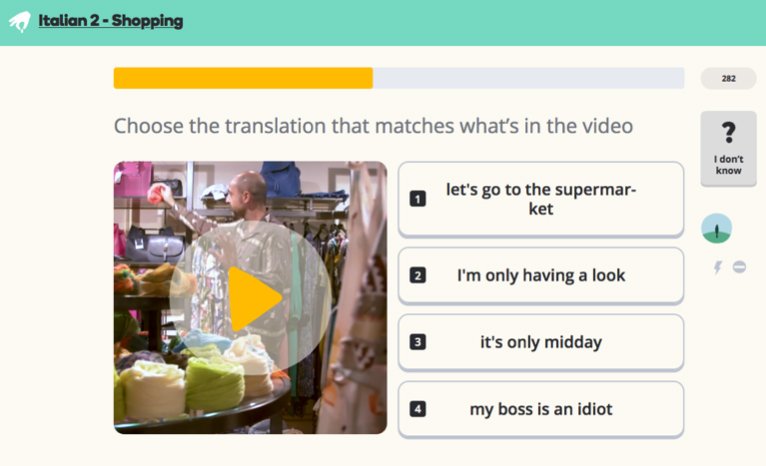 Memrise is a fun online learning system that specialises in languages. It focuses on helping people to learn conversational language skills and it does a brilliant job at this.

It’s no surprise this app was founded by a cognitive scientist and memory champion (Ed Cooke) as it incorporates two highly effective learning strategies from cognitive psychology: spaced practice and active recall.

The Memrise algorithms predict when a term or phrase is likely to drop out of your long-term memory. When this happens, it brings it up for you to do active recall.

I highly recommend checking out this free app.

2) Online streaming in the foreign language 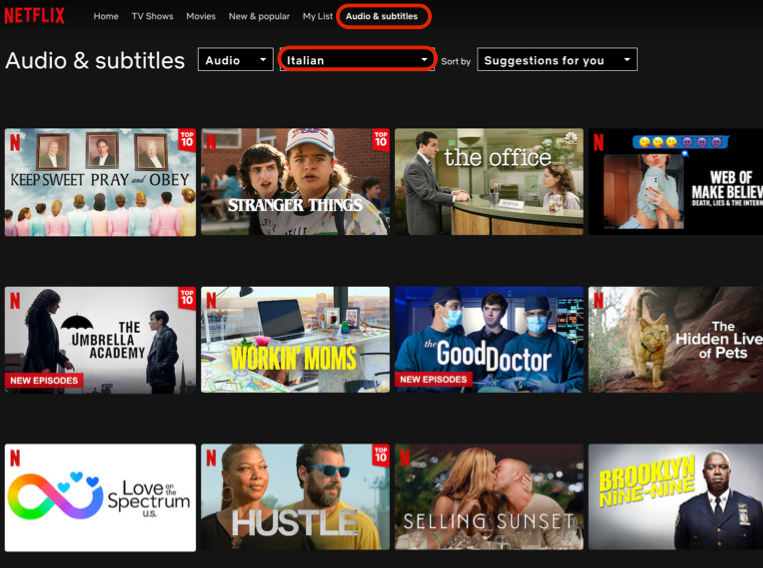 If you have access to Netflix or other streaming services, why not try watching an episode of a show either dubbed or with sub-titles in the foreign language?

This isn’t possible for every show or movie, but there are many shows to select from.

For instance, if you have Netflix, simply select on Audio & Subtitles, select the language you are learning and Netflix will bring up all the shows that are either contain sub-titles, are dubbed or recorded in the foreign language.

When you watch Netflix in this way, not only can you improve your language skills but you can save yourself a lot of time. How?

Because you’re less likely to binge on a series.

Unless you’re fluent, listening to a show in another language requires significant brainpower! After watching one episode, you’ll probably want to take a break.

If you want to practice speaking in a foreign language, you can find a speaking buddy on italki. When I was browsing through this website, I saw I could book a speaking session (one hour) with an Italian native speaker for as little as $5US.

I haven’t yet used this service, but I’m keen to. I’ve set myself a goal of booking a session in 3 months time. I’ll let you know how it goes!

Learning a language requires time and effort. And keeping that language in your long-term memory requires work, too.

If you’re learning a language, don’t drop the ball like I did. Find fun ways to immerse yourself in the language. Keep it alive. Because if you don’t use it, you’ll lose it.